THE unforeseen news Winton’s Westpac bank could be closing came as a shock to residents and business owners in the town yesterday.

A statement of confirmation from Westpac NZ said the bank had begun consultation with its Winton employees about the possible closure of the branch.

Despite a Westpac spokesman saying it was a proposed closure, the bank was already in talks with its staff, three of whom would be transferred to Invercargill.

“One role would be disestablished, and we are working with that team member to discuss their options.”

The news came as a double blow for people of the township and surrounding area, who last year heard Winton’s BNZ branch would also be closing, the bank confirming yesterday it would shut its doors by the end of June. 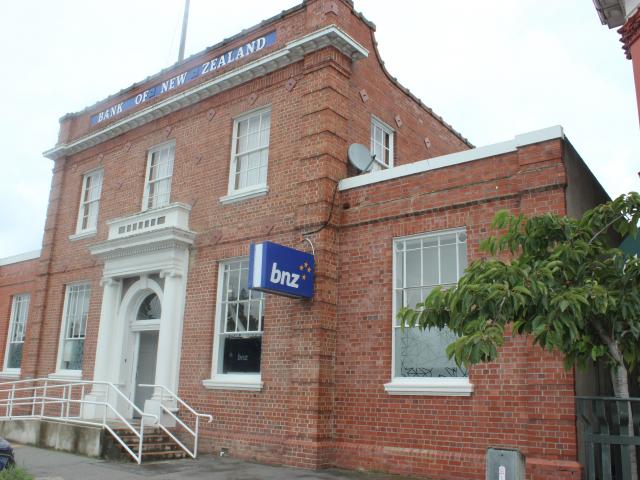 The BNZ in Winton.

However, business owners in the town were yesterday more worried about the older generation than being inconvenienced themselves.

Big White Shop owner Natasha Milne, who banks with both Westpac and BNZ, said she had no knowledge of Westpac’s plans.

“Oh my god, that’s going to be interesting for Winton,” she said.

“I wasn’t aware it was happening but it doesn’t surprise me.”

She said the shop did not have a lot of cash as most people completed purchases through the eftpos machine, but she had concerns for the elderly.

“Some people like to bank the old-fashioned way,” she said.

She was concerned for those who did not have transport to be able to get to banks in Invercargill and who did not want to use the internet or were at risk of succumbing to scammers if they did.

Westpac’s hours had reduced and the bank was shut for an extended time during the Christmas break, she said.

Agribusiness owner Rosemary Thomas, who tried to enter the closed Westpac bank mid-afternoon yesterday, said while she used the bank’s ATM the majority of the time, she would now have to travel to Invercargill to get historic information.

“Sure I’ve got an iPhone which I do most of my banking [with] online, but the particular information I’m requiring at this time is historical and my phone won’t go back further than 2018.”

She was also a customer of both banks and said it was the convenience of being able to communicate directly with staff that she would miss.

Winton Middle Pub manager Deejay said the closure of the BNZ would affect his day-to-day business.

As well as possibly needing a security firm to take bankings once a week at extra cost, he was unsure how he would be able to get coins for the pokies or $20 notes for the ATM inside the pub.

The Westpac spokesman said customers would be able to use other banks’ ATMs free of charge.

“Our two Invercargill branches offer a full range of banking services from Monday to Friday and also have 24-hour Smart ATMs, which accept deposits and bill payments.”

Nationally, Westpac’s over-the-counter transactions had fallen by 65% in the past four years, there being 100 log-ins to online banking for each transaction in a branch.

“Most households in New Zealand have access to either a computer, landline or mobile phone which gives them 24-hour access to banking. We encourage customers to talk to us about their banking options,” the spokesman said.

BNZ spokesman Sam Durbin said the decision to close its Winton branch was not made lightly.

“Our customers simply aren’t visiting some of our branches — in the last six months, fewer than 350 people have used the Winton branch on more than one occasion, and around three-quarters of the customers who have accounts based at that branch are digitally active.”

When the branch closed, there would be a Smart ATM with note and coin deposit, he said.

‘Hands-on’ data centre on the way

A lifetime in the limelight

Available on demand click here from 7pm every weekday